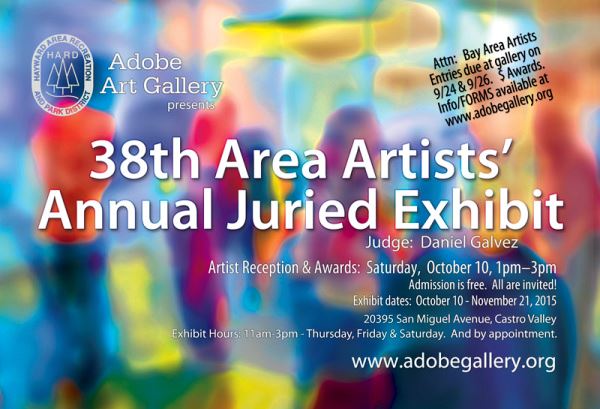 Judge Daniel Galvez was born in Calexico, California in 1953 and grew up in Sacramento. After studying at Pacific University in Oregon for two years, he came to the Bay Area in 1973 to attend California College of Arts and Crafts in Oakland where he received a BFA in 1975. He went on to receive an MA in painting from San Francisco State University in 1979. He has worked for almost forty years as a public artist with site-specific commissions for a variety of public facilities including government buildings, museums, libraries and schools. He has completed such high-profile projects as a pair of interpretive murals on canvas for the headquarters of the U.S. Department of the Interior in Washington DC on the occasion of their 150th Anniversary and a mural honoring the life of Malcolm X for the City of New York which is installed in the Audubon Ballroom where Malcolm X was assassinated. His earliest work involved creating outdoor murals in the Bay Area cities of Oakland, Berkeley and San Francisco. In 2014, along with his original team of muralists, he restored his 1983 The Carnaval Mural in the Mission District of San Francisco.